BLOG SERIES – Technology Updates from the World of Satellite Communications #3

From Rick Hodgkinson, President and CEO of Galaxy

The final blog in the technology and industry updates series will highlight some of the developments and improvements in satellite technologies widely used today.  I will also briefly mention a few of the things the industry is carefully watching for in the near future that got some excitement at the Satellite 2018 conference in Washington D.C.

Modem hardware manufacturers like Hughes, Newtec, Romantis UHP and iDirect are all offering improved modulation schemes like the new DVB-S2X which offers a small improvement over DVB-S2 first introduced in 2006.  Other small improvements have resulted in a modest 5 – 10% efficiency gain.  Most of the breakthroughs have been in the chipsets used by most modems makers which are much more powerful, enabling thousands more sessions and packets per second processing.  The focus has on building platforms to support the high volumes of space segment used by the HTS satellites.  Modern modems can achieve 200Mbps as compared to the 6Mbps norm as recent as 2017.  Though not significant in lowering pricing, these new chips have dramatically improved processing power and speeds.  However, improved modem speeds are only useful if you have the satellite link capable of achieving these speeds.

Auto-deployable antennas for Ka Band have improved, but the Ku Band units haven’t changed.  A good quality Ku self-deploy unit built 5 years ago is as good as the ones built today.  The growing Ka market is driving the improvements in auto-deploy from companies like AVL and C-Com.

What was clear at this year’s Satellite 2018 Conference in Washington, D.C. was that several manufacturers are all chasing the holy grail which is the connected car market.  There is a chicken and egg situation for sure, but the lack of standards is a problem.  One Web is using the Ku frequencies for its LEO constellation.  Telesat is using Ka and SpaceX announced they are using S Band.  This makes it difficult for manufacturers to use volume to drive down.

The mobile market had several new players offering gyro based full motion, on-the-move connectivity.  Chinese manufactures are starting to become active in this area, likely driven by the full in-motion connected car market that seems to be just over the horizon.

But, it is the promise of the flat panel self-aligning and electronically steered antenna systems that everyone is carefully watching.  Galaxy first started talking to Kymeta, the leading flat panel developer, more than five years ago (2012), giving them access to one of our Ka spot beams for testing at their Seattle facility.  In 2015, 2016 at the London and Amsterdam conferences, they promised commercial availability by 2018 but though they have shipped some units, it is still far from full commercially viable or economical with a price tag of more than $40,000!  The entire industry hopes they can make significant breakthroughs and achieve the economies of scale we are all looking for.

That’s all for now but please send me your comments at info@galaxybroadband.ca and stay tuned. 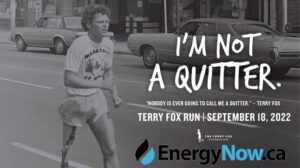